A common issue that arises among couples is that of mismatched libidos. CNN’s Ian Kerner writes that the person with the higher sex drive can easily feel rejected and undesirable, while the person who has less interest in sex may feel anxious, pressured and guilty. According to the author, while research has shown physical and mental health contribute to libido, men and women have different motivations for avoiding sex. These include sexual dysfunction, getting in a rut with the sexual routine and the demands of parenting, among others.

In the article, sex therapists share various ways to address this problem of mismatched sex drives. These include, but are not limited to, approaching the topic in a nonjudgmental and critical way. Another approach is to schedule quality couple time a couple times a week. Additionally, engaging in “outercourse” is a highly desirable option for opening other paths to arousal. Finally, sex therapists encourage couples to consider scheduling a sex date once a week.

Esther Perel discusses factors that can influence a man’s desire as well as vulnerabilities that men may face in their sexual relationship, which she calls “masculine doubts”. She stresses the importance of having open conversations with one’s partner. Additionally, she encourages men to check their mood, which may be influencing their arousal and sexual experience. Lastly, she emphasizes the importance of men grounding themselves in their bodies, to experience pleasure physically, versus ruminating about their performance.

In the last 25 years, there has been a steady decline in reported sex in American adults. Ironically, the group that used to reap the benefits of increased sex, married couples, has shown the sharpest decline in recent years. Tara Bahrampour of the Washington Post covered a study looking at American adults’ reduced number of sexual encounters. According to the study and the published paper in the Journal Archives of Sexual Behavior, possible causal factors were listed including, ready access to entertainment and social media, a decline in reported happiness among people over 30, increased rates of depression, and use of antidepressants contributing to sexual dysfunction.

For individuals and couples who are facing challenges in their sexual lives, sex therapy can help. At Guttman & Pearl Associates Sex Therapy at Guttman and Pearl we strive to make sex therapy safe and non-judgmental for you to discuss your most difficult sexual problems and secrets. We also offer multiple groups for women, “Sex Therapy for Women” and a “Seminar for Women with Low Desire”.

With the introduction of Addyi, the “female Viagara”, OBGYNs have found that there has not been interest among the vast majority of women who are seeking ways to increase sexual desire. When women have learned how they need to take it and what they have to give up, including alcohol (can cause fainting), they tend to decline taking it. In clinical trials, Addyi was found to be minimally more effective than taking a placebo.

Nicole Prauss, a researcher who began working at the Kinsey Institute when Viagra was introduced 20 years ago, found that while women’s bodies physically became aroused to Viagra, these same women did not use this information to judge their sexual arousal or desire and denied the occurrence of either. Researchers continue to be mystified with this disconnect.

She then began using transcranial brain stimulation to see if she could treat low desire. She has determined that it will not work for the vast majority of women with reportedly low sex drives–primarily because of relationship issues. She believes that there is no pill or TMS treatment that can engender desire when one dislikes their partner.

Her main piece of advice is to slow down, particularly if a woman is in a heterosexual relationship, because men tend to be much more responsive much faster with their erection and orgasm. Consequently, women sacrifice their pleasure, interests and desires and tend to succumb to the pressure and cater to their partner’s pace. She feels women need to stop denying their interest in sexuality and demand that their partner slow down.

Marcy Rosen, an OB/GYN, provides a humorous perspective regarding women apologizing for their vaginas during a pelvic exam. Dr. Rosen highlights for women how medical professionals have “seen it all”, and how important it is to seek help for any suspected vaginal health issues while setting aside embarrassment regarding your genitalia’s appearance, odor, etc.

The One Thing Your Gynecologist Is Tired of Hearing

We received this article today (December 11. 2016) though social media and wanted to share with you. The article is not meant as a political statement.

We know  many people are fearful about the new President.  However, this article highlights a different fear, experienced by the survivors of sexual assault and sexual abuse.  These survivors often had to keep their mouth shut for safety reasons for most of their lives. The lack of accountability by the new President for the alleged sexual violations towards women has created fear in survivors resulting in  need to keep their mouths shut again.  As they keep their months shut, their bodies shut down more and sexual responsivity and desire are effected.

If you are a survivor, be sure to continue to stand up and speak out about your experiences.  If you are a therapist/counselor or other health professional, be sure to help your clients/patients continue to speak out about the violations they have experienced.  Help them to address their concerns and re-find their self esteem and sexual connections. 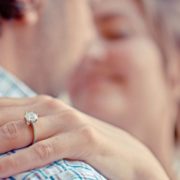 Myth #1: People in a relationship don’t flirt. If they do, it means they are unhappy and looking for something else.
Myth #2: Honesty is the best policy.
Myth #3: Bad sex should always be a relationship deal breaker. It means you aren’t compatible.
Myth #4: Your S.O. should be your best friend.
Myth #5: Fighting is always a sign that something is wrong.
Myth #6: Once a cheater, always a cheater.
Myth #7: To get past cheating, you must forgive and forget — or just dump the cheater.

Two favorites are:
Myth #4: Your S.O. should be your best friend. Making your S.O. (significant other) your best friend, sometimes burdens a relationships by expecting our partners to be everything to us. Also, in order to keep sexual energy and tension in our relationships, we need to have mystery.

Myth #5: Fighting is always a sign that something is wrong.
When fighting, what matters most is the way you fight and your goal. There are big differences between fighting to win and fighting to help something in our relationships. Sometimes, fighting and conflict also provide an opportunity to grow emotionally for the individual and their relationship. Most importantly, we need to learn to make repair after an argument. The quicker we repair, the least amount of damage done to the relationship.

To read the whole article from Esther, go to: http://www.refinery29.com/relationship-myths#slide